We’ve done it again! Multi award winning media agency, Rebecca Garrett Media picked up yet another award at the Devon Venus Awards last Friday at a glittering evening at the Great Hall, Exeter University. We beat 25 other nominated entries to take the crown for best “DIGITAL MEDIA AND ONLINE BUSINESS“. This is the SECOND TIME we’ve picked up this award in three years and it sits proudly alongside our other raft of gongs for our pioneering work. The whole team turned up to enjoy the evening. Lots of lovely food and wine were consumed and lots of photos taken. 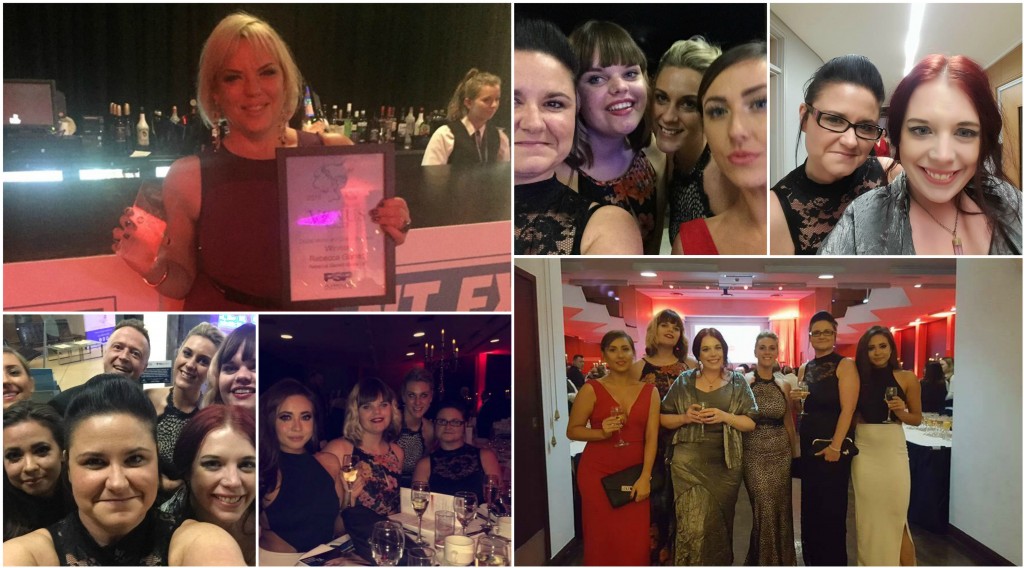 We absolutely love winning awards and intend to win lots more so WATCH THIS SPACE.

If you are interested in joining our WINNING TEAM  and think you’ve got what it takes then click here and get in touch. 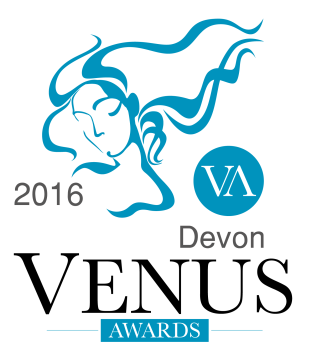 Winners of the Devon Venus Awards 2016 in partnership with Alexis Bowater of Bowater Communications were announced at a Grand Ceremony and Gala Dinner at The Great Hall, University of Exeter on Friday 18th November 2016.

Finalists of this year’s Devon Venus Awards 2016 in partnership with Bowater Communications attended a glamorous Ceremony and Gala Dinner at The Great Hall, University of Exeter on Friday 18th November 2016 to hear who would be declared winners in each of the 15 categories.

Now in its fourth year in Devon, the Venus Awards have proved to be ever popular with the business women of the region, with over 1,612 nominations and 375 applications received in one or more categories.

Launched at Plymouth Science Park in May this year participants have been whittled down to the Finalists stage either by sponsor judging or public voting. Sponsors and candidates have attended a variety of events over the intervening months to reach this point.

Dubbed the “Working Women’s Oscars” by Channel 4, the Awards celebrate the vital contribution that women in business make to the regional and national economy, and are unique in that anyone can nominate a friend, client or family member.

Co-hosts for the evening’s celebrations were Tara Howard, Founder of the Venus Awards and Venus Awards Regional Partner Alexis Bowater.

Over 330 guests soaked in the atmosphere as they enjoyed a three-course dinner and entertainment from three-piece band Five Finger Discount, whose upbeat lyrical “hip pop” music brought the “Wow” factor to the evening.

Each and every sponsor emphasised in their speeches the outstanding calibre of their Finalists on presenting the “Venus”’ trophy to their winner.

This year’s Charity Sponsor for the Devon Venus Awards 2016 is Jeremiah’s Journey whose work in Plymouth and the surrounding area is focused on children and young people and their families who are experiencing grief due to death or terminal illness.

Attending the event was Phil Sampson, Founder of business development consultancy Sampson Hall and Sponsor of the Company of the Year Award, who said,

“The Venus Awards gives you a real chance to get out and get your product, your company and your organisation out there, but it also helps you to support someone else in business, and that’s great. We’ve seen so many really deserving businesses and organisations.”

Also attending was Fleur Lewis, Partner at Bishop Fleming, the tax accountancy company who have supported the Venus Awards in Devon since its inception, who said of their sponsorship this year of the Director of the Year Award,

“We’ve been sponsors for four years now and been with Venus Devon since it started. It’s been fantastic for us as we have met so many fantastic women in business. Every year it’s just amazing who you meet.”

As seen in the roll call of winners this year’s Sponsors in Devon are testament to the wide appeal of the Venus Awards.

The Venus Awards Winners are:

Employee of the Year

Entrepreneur of the Year

New Business of the Year

Sampson Hall Company of the Year

Santander Employer of the Year

University of Exeter Inspirational Woman of the Year

We specialise in UK sales and promotional campaigns using TV, national newspapers, magazines and on-line. RGM works on behalf of national brands who want to promote their business to a large readership/audience through competitions in national media.